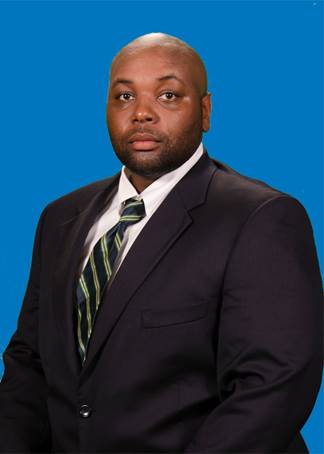 The Blue Wave is pleased to announce the appointment of Marcus McDonald as head football coach. McDonald comes highly recommended from the Newberry Panthers and, according to P.K. Yonge’s Athletic Director Kelly Barrett, “It feels like he’s committing to more than just our football team–he’s committed to making a significant contribution to the athletic program as a whole.”

The Newberry Panthers are sorry to see him go and prior achievements in Tennessee speak volumes about his dedication to building a successful football program and supporting the development of young athletes and young men.

A 54-game winning streak and State Championship team in Tennessee are definite highlights of Coach McDonald’s career – highlights that the Blue Wave football team is eager for him to repeat. In his current position as defensive coordinator and having served nine years as assistant football coach, McDonald’s coaching accolades are numerous; he’s coached eight all region selections, four all state selections, two regional Defensive Players of the Year, one Mr. Football Lineman finalist, and one Mr. Football winner.

P.K. Yonge is excited about McDonald’s abilities both on the field and in the classroom. His skill in building relationships with athletes and students is notable. The importance he places on these relationships is in complete alignment with the philosophy of the P.K. Yonge athletics program and that offers great promise for the impact he can make on student athletes as they strive to reach team and individual goals.

McDonald is a go-getter and “we’re definitely eager to see the mark he makes on our football team and on our program,” said Barrett. With McDonald’s interest in staying up-to-date with innovations on the field and in the classroom, there are exciting times ahead for Blue Wave football.