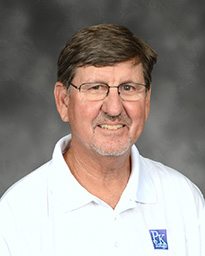 At P.K. Yonge, Clifford’s tenure has been punctuated by accolades and achievements. In addition to serving as Athletic Director, Clifford served as varsity head football coach for 23 years, with five of his former P.K. Yonge players (Robert Baker, Chris Doering, Willie Jackson, Terry Jackson, and Travis McGriff) going on to play on NFL teams.

On Coach Clifford’s watch, players went on to play football at the college level, teams boasted incredible winning streaks (33 games 1999-2002), 7 district championships were won, and the P.K. Yonge football team occupied the #1 seat in the state numerous times. Clifford was named Gainesville Sun Coach of the Year (1993, 2000, 2001, 2002) Dairy Farmers Class 1A State Coach of the Year (2001), and is a member of the P.K. Yonge Athletic Hall of Fame.

Under the direction of John Clifford, P.K. Yonge has received the FHSAA Floyd E. Lay Sunshine Cup All Sports Award for the best overall program for 14 consecutive years.

In addition to accolades and achievements, it’s clear that Clifford values relationships with students – wanting to know them as middle school PE students before they even consider playing on a school team. On campus, students are often found milling around Coach Clifford – perhaps a small group of 8th graders, or a pair of 10th graders, only to be interrupted by a couple of alums back on campus checking in with their coach who mentored them as a young athletes. The diversity of his “fans” speaks to Clifford’s commitment to all students.

With such a lengthy career, there are now generations of families who have been in Coach Clifford’s classes and played on his teams. Clifford’s teaching and coaching career included teaching Life Management Skills, Personal Fitness, and Middle School P.E. He served as varsity football coach, athletic director, and JV basketball coach. He has mentored young athletes and colleagues alike and been a great friend to many at P.K. Yonge and beyond. What stands out is that Coach Clifford cares deeply about his students, his school community, and his colleagues.

P.K. Yonge is grateful for John Clifford’s career spent changing the lives of young people and making a mark on the the P.K. Yonge school community. 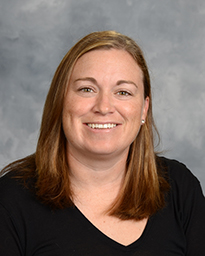 As long-standing Athletic Director John Clifford retires, P.K. Yonge is pleased to announce the appointment of Kelly Barrett as Director of Athletics.

Serving as Assistant Athletic Director at P.K. Yonge for the past 10 years, Barrett comes to the position highly experienced in leading an award-winning athletics program in the unique context of a developmental research school.

With extensive experience in teaching and coaching at all levels, Barrett replaces long-serving athletic director John Clifford who will be retiring in the Fall of 2017 after 31 years at P.K. Yonge.