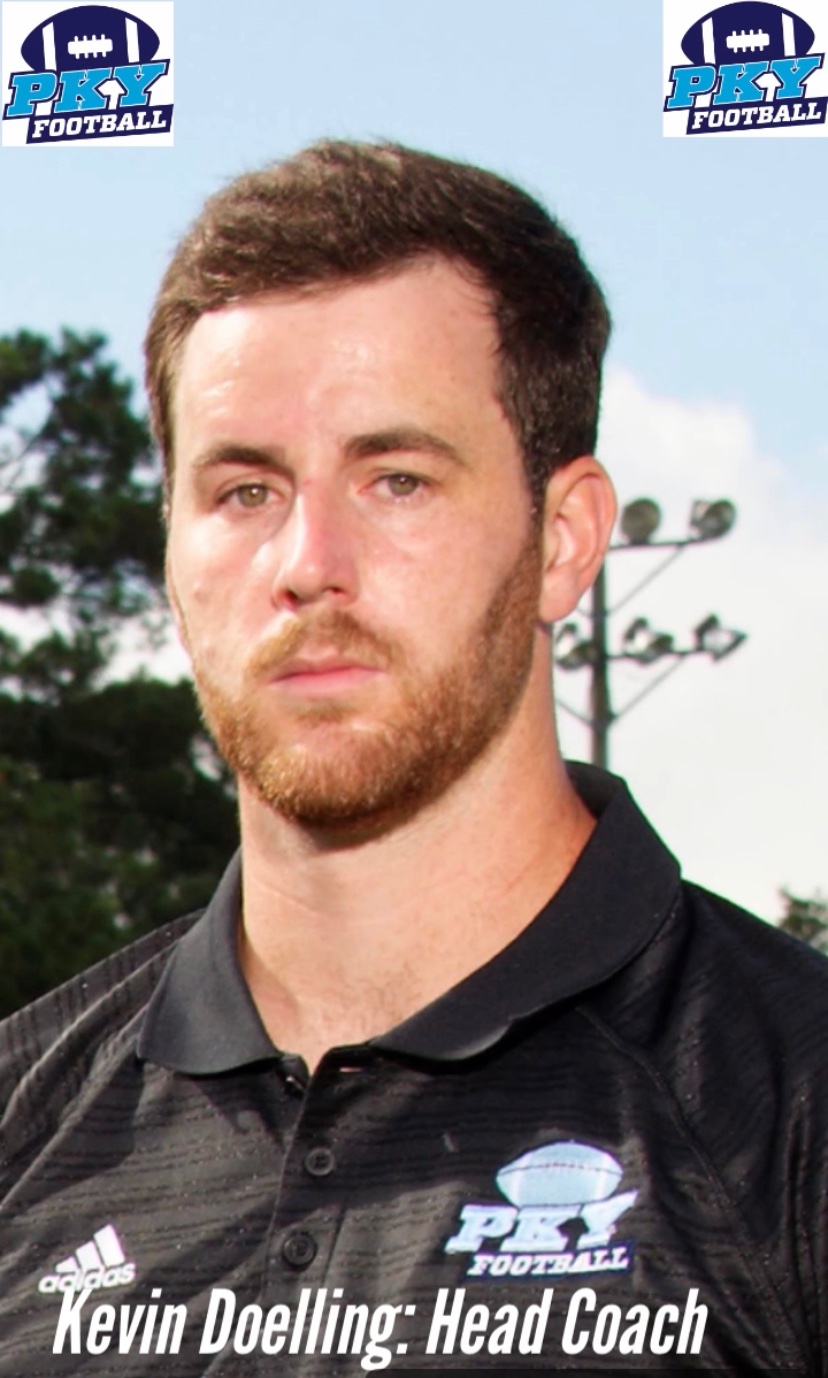 P.K. Yonge is pleased to announce the appointment of Kevin Doelling as head football coach for the 2021-22 school year. Doelling, who served as the middle school head coach from 2014 to 2018 and varsity offensive coordinator during the 2018 season, is well known to the Blue Wave football community and is excited to be coming back home.

Doelling’s appointment comes with Marcus McDonald stepping down as head coach of the Blue Wave to focus on his professional career. McDonald, serving as head coach from 2018 to 2020, is credited with bringing the program back to relevance going 16-16 and earning a playoff win.

“I love the game. I love the players, and I’ll definitely be on hand to support the team operationally,” said McDonald. “I’m pleased that Kevin’s coming back as head coach and know he’ll do great work for the team and for each player. I am looking forward to handling many of the off field duties that tend to compete for the head coach’s focus.”

The Blue Wave’s most notable season came as Doelling piloted the offense to a 10-2 season, scoring 30+ points per game. Doelling is the current Athletic Director of IDEA Judson College Preparatory school in San Antonio Texas and is eager to get back on the field to begin working with the team. P.K. Yonge expects a smooth transition with Doelling’s leadership, experience with the Blue Wave football program, and McDonald’s support.

“This is an incredible opportunity to return to a program with such a deep commitment to supporting students both on and off the field. Coach McDonald and I will collaborate on many things with the singular goal of putting P.K. Yonge football players in the best position to succeed in every area.”

P.K. Yonge is excited about Doelling’s abilities on the field and his capacity for relationship-building with players, families, and members of the broader football community. His natural ease engaging with people and his commitment to developing and maintaining relationships is in complete alignment with the philosophy of the P.K. Yonge athletics program.

“We’re very excited to welcome Kevin back to the program as head coach,” said Athletic Director Kelly Barrett, “We know Kevin, and we know he’ll do great things for Blue Wave football.”